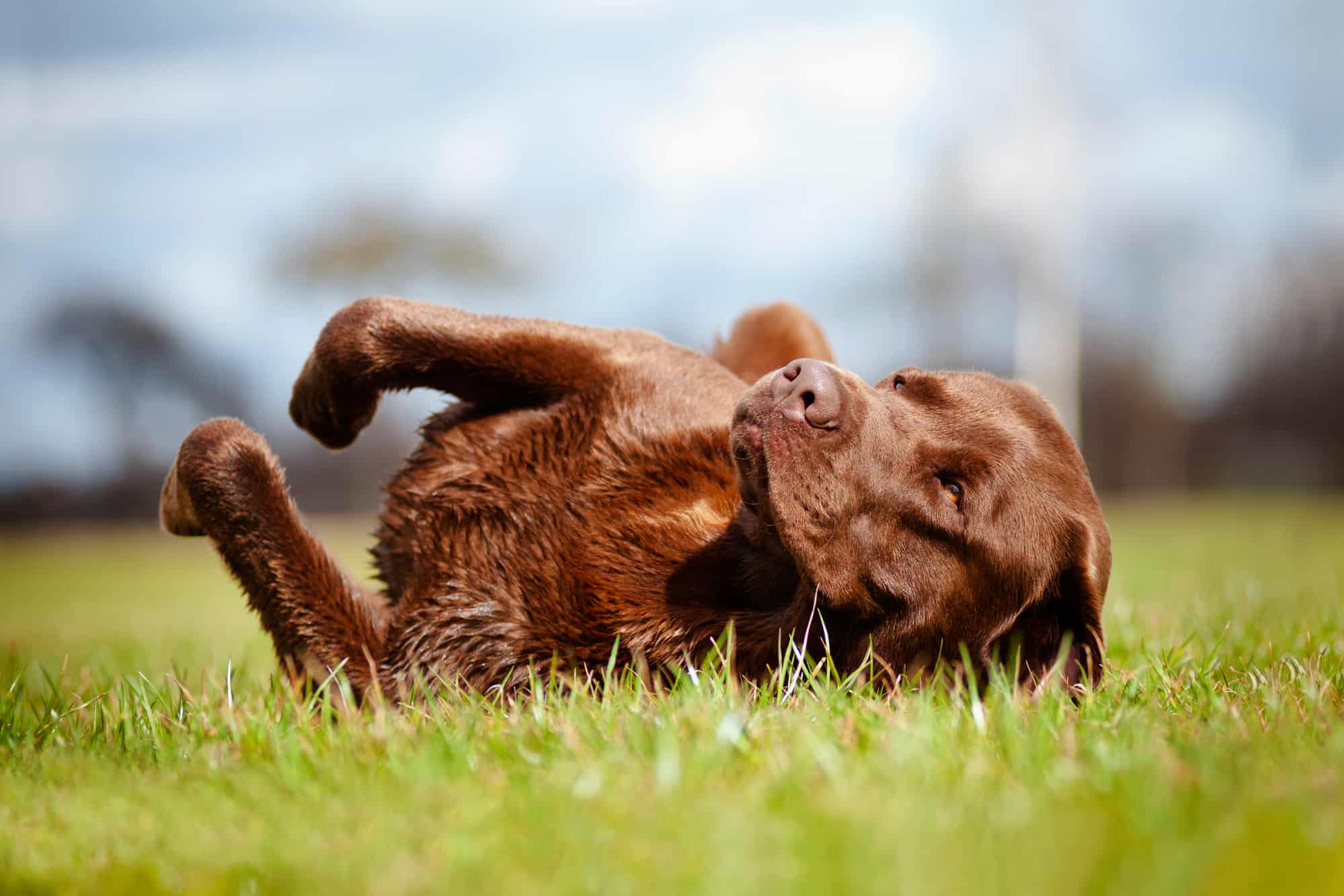 Dogs roll in the grass for a variety of reasons. They could simply find the feeling pleasant and want to satisfy an acute itch. But it would also be possible that dogs, like wolves, try to cover their own smell by rolling in the grass to avoid being detected by potential prey.

The Dog rolls in the grass to stop itching.

A common reason why your Dog rolls in the grass can simply be that he is itchy, and so he wants to satisfy the itch.

Imagine you have an itch on your back in a place you can’t reach with your hand. What do you do? If you do not have a suitable object at hand, you look for a surface on which you can briefly rub to stop the itch. It is the same with dogs. They can not scratch themselves on the back.

Reasons for itching can be different. It is just itching, or the itching may result from an allergy.

You should talk to your vet if you suspect your Dog may have an allergy.

Allergies can occur in dogs due to food, but certain pollens can cause allergies and itching. Signs of allergies include watery and red eyes in addition to constant scratching.

Dog rolls instinctively in the grass

Even though our dogs no longer have to hunt to eat but are fed by us, they still descend from the wolf. So it may be that they instinctively roll in the grass to hide their scent from prey.

Even if rolling in the grass has no meaning for dogs today, it may simply be an instinctive behavior.

This is not really understandable for us humans. But dogs love stink. For us, it may be only a meadow on which our Dog is rolling. But our Dog has 300 million smell receptors, 40 times more than we humans. He smells; therefore, still, completely different things for us are not perceptible.

It can be their food remains, the rabbits’ excrement, or the smell of another dog that came past there. All kinds of smells can be why your Dog rolls in the grass.

Unfortunately, there may also be a dead animal or cow dung that you did not see. As I said, dogs love smells.

Besides the fact that dogs like to cover their smell, it can also be that he wants to wipe off an odor. Even if you find it pleasant when your Dog is freshly bathed and smells like dog shampoo, it can be unpleasant for him.

As I said, dogs love different smells than we humans do. Suppose you bathed your Golden Retriever again because he was in a mud hole. In that case, it is not uncommon for him to roll around in the grass in the backyard afterward because he finds the smell of dog shampoo unpleasant.

He marks by rolling his territory

He gives off his scent by rolling in the grass and signals to other dogs that this is his territory. Often this happens in your own garden or in places where you are constantly with him.

Sometimes you can also observe this in the house, on his regular place on the couch. Your Dog then lies on the sofa, rolling and pushing himself over it.

Your Dog is simply having fun.

Dogs also differ in personality. Some are calmer and more laid back, and others are happy, active, and like to fool around. If your Dog is of the dynamic, goofy faction, there is a greater chance that he will romp and roll around in the grass more often than others.

Besides the natural reasons your dog rolls in the grass, it can also be a behavioral disorder.

Suppose your Dog does not get enough exercise. In that case, it can show itself in behavioral problems such as excessive barking, aggressiveness, or excessive rolling.

Stress because your Dog has to stay alone for 8 hours a day can also be the reason for behavioral problems.

Should I stop my Dog from rolling in the grass?

If your Dog rolls in the grass, it is harmless in the first place, and you don’t have to stop him. It is to satisfy an itch as described, or it is a natural need.

However, you should observe whether he really only rolls in the grass or not in a dead animal carcass.

Suppose you see your Dog rolling in a rabbit or something similar. In that case, you should stop it as soon as possible and bathe your Labrador, for example. Not only will your dog stink beyond belief, but bacteria and other parasites can collect in the fur that your Dog spreads around the house on the one hand and, on the other hand, make your Dog sick.

But also compulsive behavior like excessive and constantly rolling and rolling in the grass should be stopped, and your Dog should be examined by a vet. Maybe he has an allergy to certain grasses or ingredients in his food.

If he is constantly itching because of this, you can make his life easier.

How to prevent your Dog from rolling in the grass!

The easiest way to prevent your Dog from rolling in the grass is to keep him on a leash or tow line and not let him run free.

For example, a 20-meter tow line* is an excellent compromise to give your dog space if a recall is not yet working well.

Good recall training is necessary if you want to let your dog run off-leash, and make sure that he comes to you immediately when you call him. No matter what else he has just discovered.

Conclusion: Why does my dog roll in the grass?

As a rule, it is not a concern if your dog rolls in the grass.. It can be that he wants to satisfy an itch or mark his territory. But also allergies can cause constant rolling in the grass. You should be careful and stop him if your Dog rolls in carrion or cow dung. 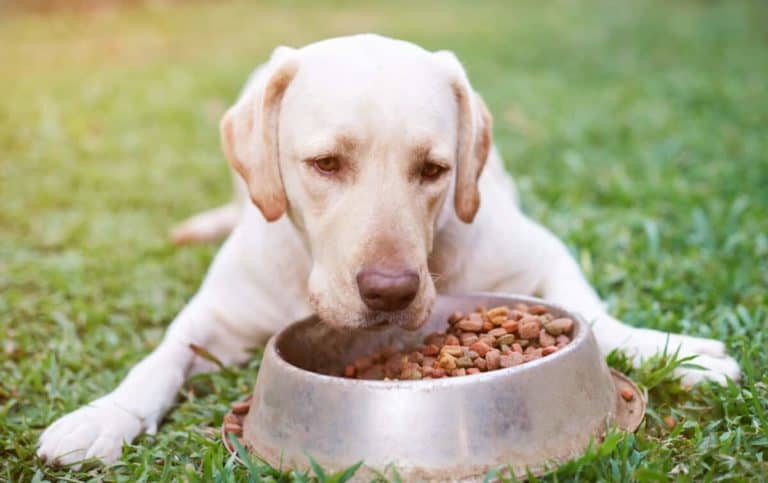 Dogs have strong teeth with which they can bite even bones. But what if your dog needs to have all his teeth pulled out when he gets old or due to dental disease? Can a dog eat without teeth at all? Dogs can eat without teeth. Dogs need their teeth to tear pieces of meat… 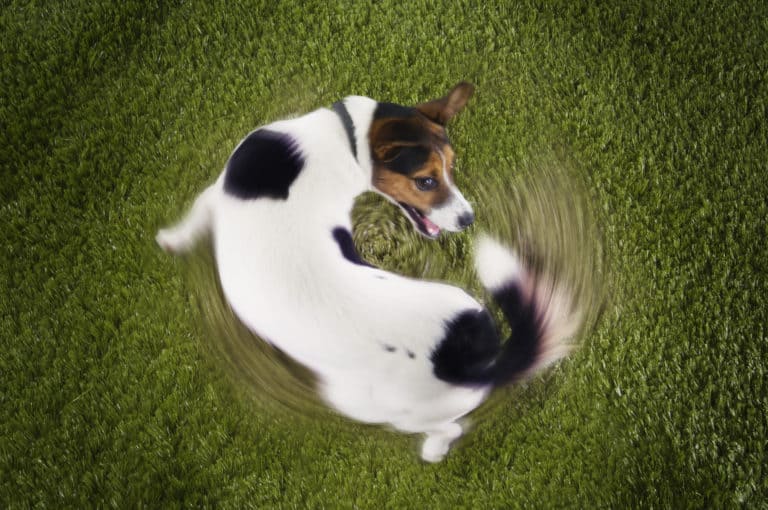 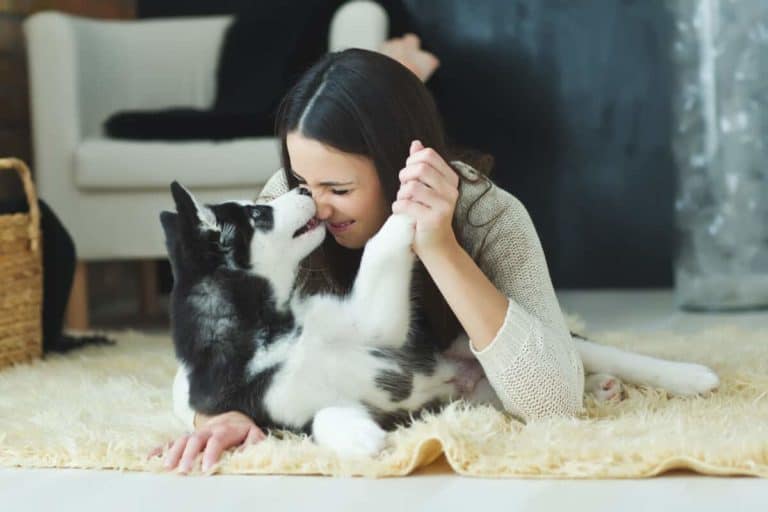 You have a dog and when you come home you are happy to lie on the couch with him and cuddle? Your dog, however, is not the biggest cuddler? He turns away or maybe even walks away because he doesn’t like to cuddle? In this article, I’ll go over the reasons why your dog may… 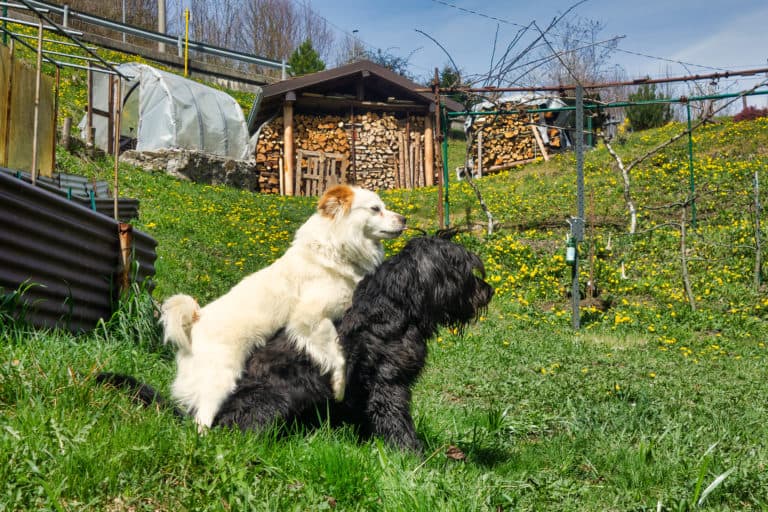 Do you have a dog that constantly wants to mount you or even other dogs, toys or pillows? If so, and you wonder why he does this and whether you should stop it read on. In this article I will go into more detail. There are various reasons why your dog wants to mount you…. 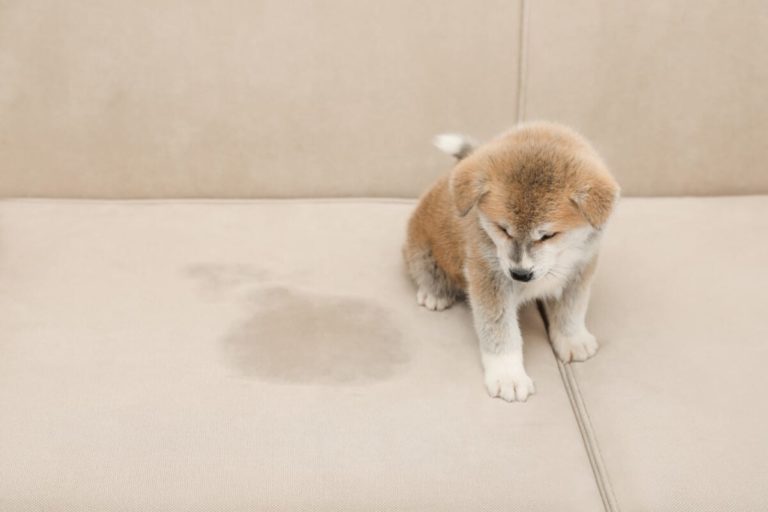 You’re overjoyed because your puppy has finally moved in with you. But your joy is marred because the puppy has peed on your couch. Or pees your housebrooken dog on the couch or in the living room again? Now you are rightly wondering why your dog pees on the couch and how you can break… 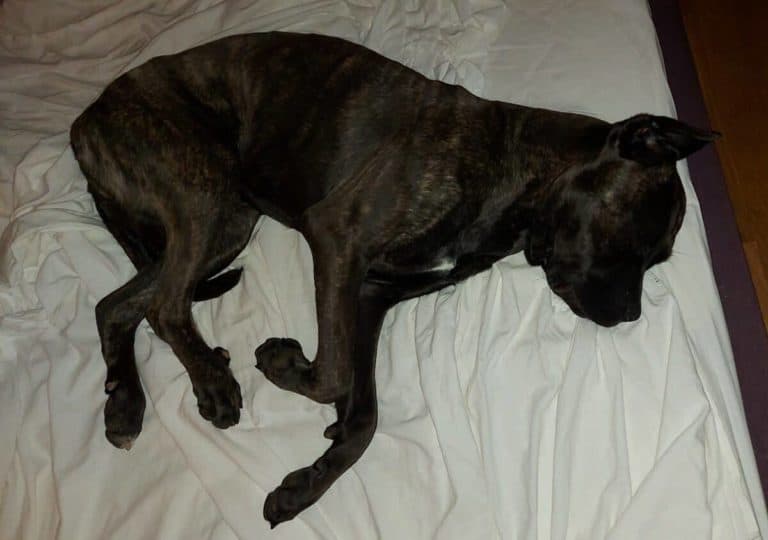 Do you also wonder if it is normal that your dog always wants to sleep with you in bed or at least near you? In this article we will explain why your dog wants to sleep in bed with you and if it is okay or if you should do something about it. Dogs are…