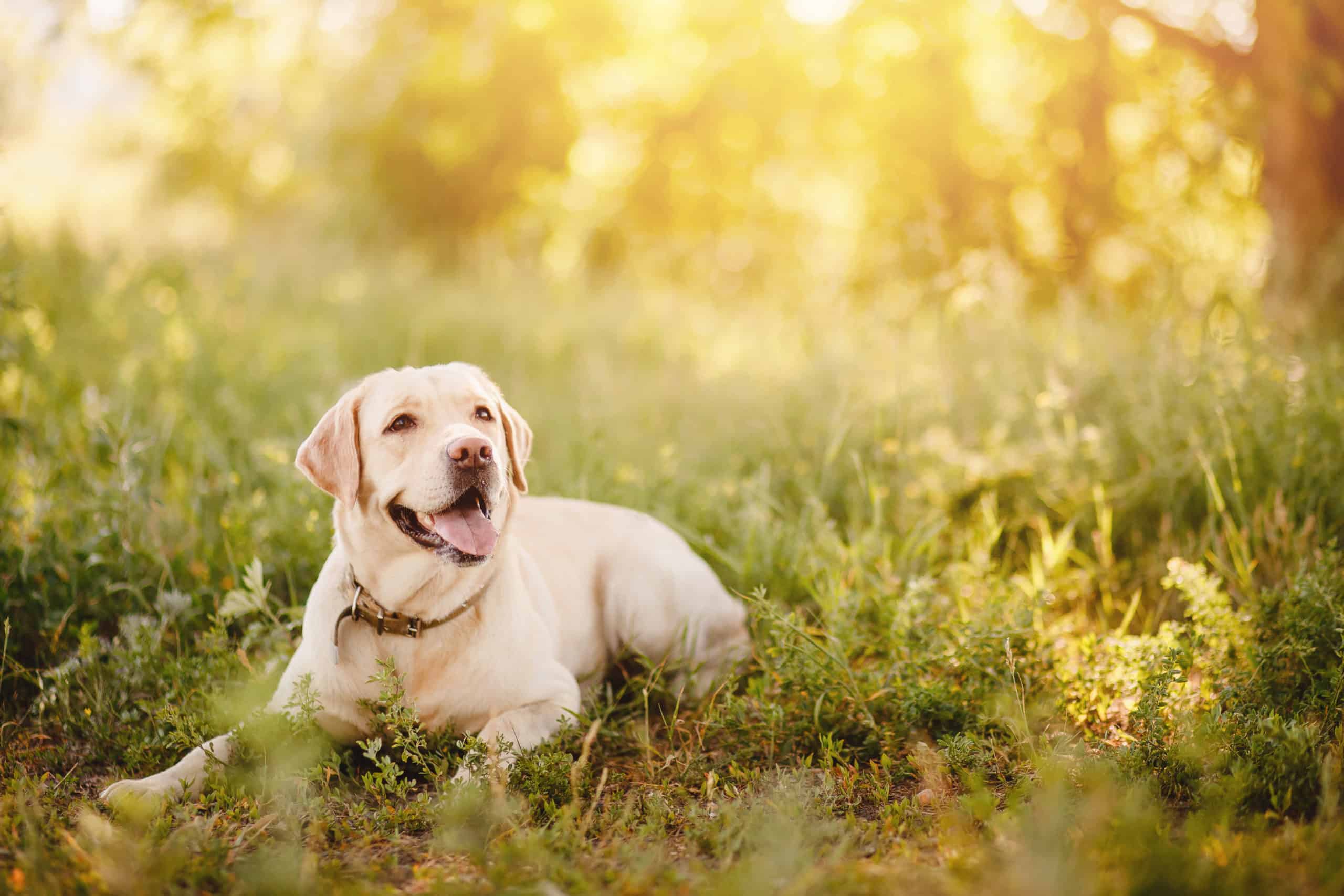 Have you decided to get a Labrador or are you in the process of getting one? With a Labrador you have a great family dog that is easy to train, but also needs a lot of exercise. In this article, I will discuss when Labradors calm down and when the action-packed time is over.

It depends on the character of the dog when he calms down. On average, Labradors will calm down a bit at the age of 2. However, for some it can take longer. The Labrador basically remains an active dog that needs exercise. Too little exercise will cause the Labrador to become restless and possibly hyperactive.

Do Labradors have a lot of energy?

Labradors are classic working dogs that need lots of exercise. So they have energy and want to work.

Their original task is to retrieve birds that have been shot, such as ducks

They either retrieved the prey from the water and had to swim to do it or walked through swampy areas. That they were outside in all weathers, Labradors can get into the water even in winter.

They have energy by nature – they needed it in everyday life.

So the energy level is also higher than many other dog breeds.

With a Labrador, there is also the fact that they are usually very sociable dogs. They would love to run up to every other dog and greet every stranger. They do not know distance.

The activity level in combination with the need to run to every other dog or human triggers the question for many when a Labrador will be calmer.

Why is a Labrador so restless?

If your Labrador is very restless and hectic, it may be primarily because he is not exercised. A Labrador needs a lot of exercise and activity.

If your Labrador does not have enough exercise, he will quickly become restless, run around, ask you to play or pull extremely on the leash during the walk when he has discovered his buddy.

So, first of all, make sure that he has enough physical as well as mental activity every day, so that he is “tired” and balanced.

As mentioned earlier, a Labrador needs activity. A very good way to tire out your Labrador is physical exercise.

Their natural task is to retrieve. Take advantage of this and take a fetch dummy* with you on your walk and work with your dog.

Agility is also perfect for tiring out your Labrador.

In addition to physical exercise, it’s important to stimulate a dog mentally. Training and performing commands is a great way.

If you just walk him around the block, it’s not enough. Your Labrador needs to get rid of his excess energy somehow so that he can become calmer.

Restlessness or hyperactivity is often a sign of boredom. It’s like children. If they don’t get rid of their energy during the day, they are restless and jittery in the evening.

When your Labrador becomes restless due to lack of exercise he tends to show misbehavior.

Now it is important that he doesn’t get into the habit of this behavior by directly and consistently stopping it. For example by positive reinforcement of desired behavior.

When your Labrador lies quietly in his bed you should praise him, stroke him … whatever works as a reward for your dog.

At the same time, you must make sure that the trigger, such as too little exercise and activity, is eliminated as soon as possible.

At what age does a Labrador become calmer?

Your Labrador, as well as all other dogs, go through different phases that are more or less pronounced.

In the first 6 months your Labrador goes through the puppy phase. During this time, you can do many things right and many things wrong, which will be your undoing later.

This is where your Labrador puppy learns the fastest. It is important that you introduce clear rules and habits and work on training.

The Labrador is very outgoing. That’s just the way he is. If you let him run to any dog or person because he is so small and cute, it will be the same later.

Your Labrador will get restless when he sees dogs because he is used to playing with them.

When your Labrador is 1.5 or 2 years old, he is in his teens. He looks grown up, but often has only nonsense in his head.

During this time you need to continue your, hopefully successful puppy training. The Labrador sometimes tends to be stubborn and needs clear rules and boundaries at that flailing age.

From about 2 years on your Labrador is fully grown and should now become a little calmer.

With a consistent, but loving education you have a good chance to have a great dog at your side with whom you can go through life together.

Puppies especially are energetic and restless. They run wild and are always up for a game.

You don’t usually have to ask a Labrador to go for a walk or play with you.

With a Labrador puppy, you should also make sure from the beginning that they can settle down, calm down, and just lay in their dog bed sometimes.

If there is one trait that a Labrador doesn’t really have, it is “quietness”. They are simply active.

If you get your puppy used to extreme activity from the beginning and they don’t learn rest, it can end badly when they are young and demand activity.

Give your dog time to develop

You know what breed you are getting and what the special characteristics of a Labrador are. Give your dog time to develop, explore the world and accompany and support him.

This is your job as a dog owner. You have to make sure that your dog’s needs are met.

Then you have a great companion who gives you back so much in everyday life.

Conclusion: Does a Labrador become calmer? If yes, when?

The Labrador becomes a little calmer and less hyperactive from about 2 years of age. However, they are still active dogs that need to be exercised both physically and mentally. An under-utilized Labrador can quickly become restless and jittery. By their very nature, they want to greet everyone and run up to everyone. If they don’t get rid of their energy, this behavior is likely to increase. 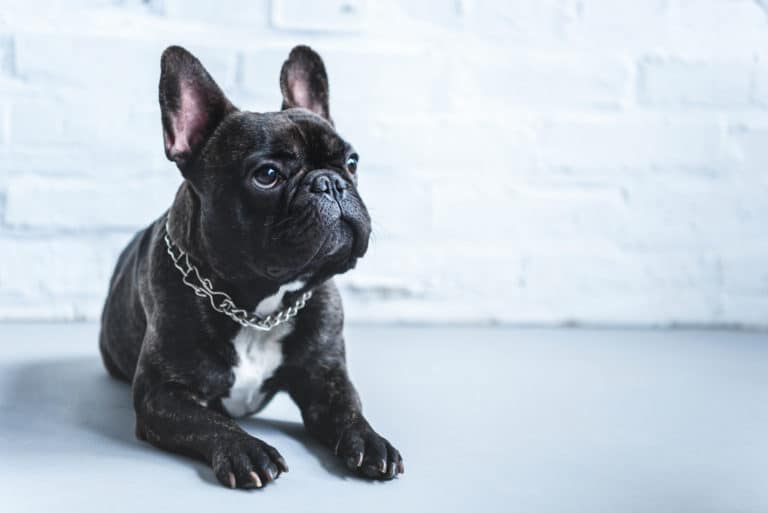 The French Bulldog is currently one of the most popular dog breeds in the world. With their short, smooth coat, they give the impression that they shed little to no hair. But is this really true? Dog hair is an argument for many to decide for or against a dog. In this article, I will… 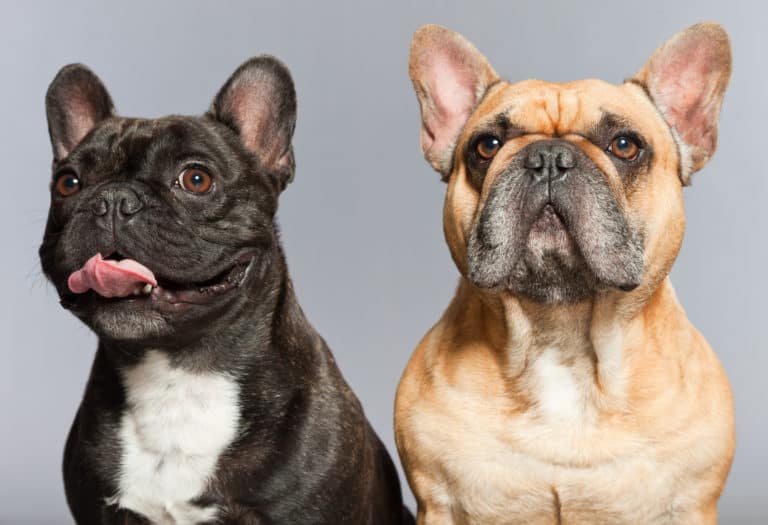 Depending on the living situation, it can be important to know whether a dog barks a lot or not. If you live in an apartment with direct neighbors, you will probably have problems sooner or later if the dog barks all the time. In this article I will discuss whether French Bulldogs bark a lot… 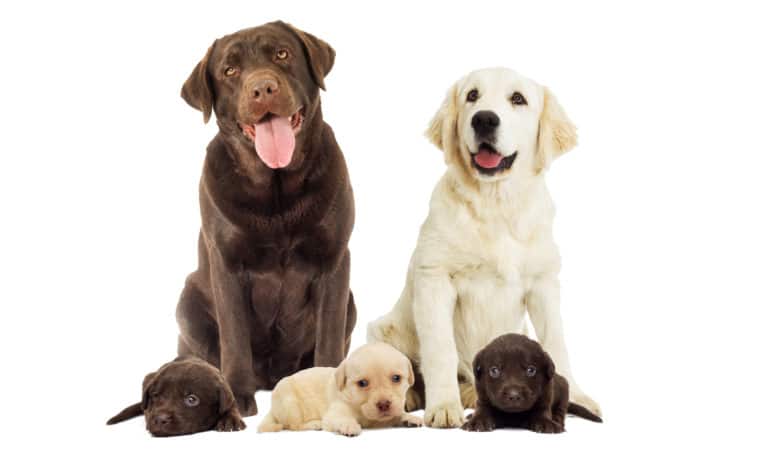 The Labrador is one of the most popular dog breeds in the world. For many, the size of a dog is a decisive factor. In this article I will talk about whether a Labrador is a large breed and how big a Labrador gets. According to the official standard, the Labrador is not a large… 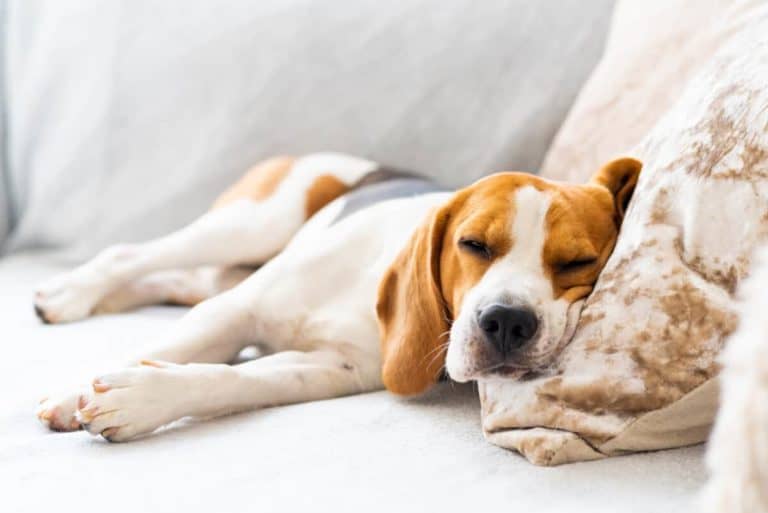 If you want to get a dog and for good reason you can not get the Rottweiler out of your head, you probably have some questions about the breed. Besides appearance, many other senses play a role in the decision process. Among other things, it is essential to know if Rottweilers bark a lot. If… 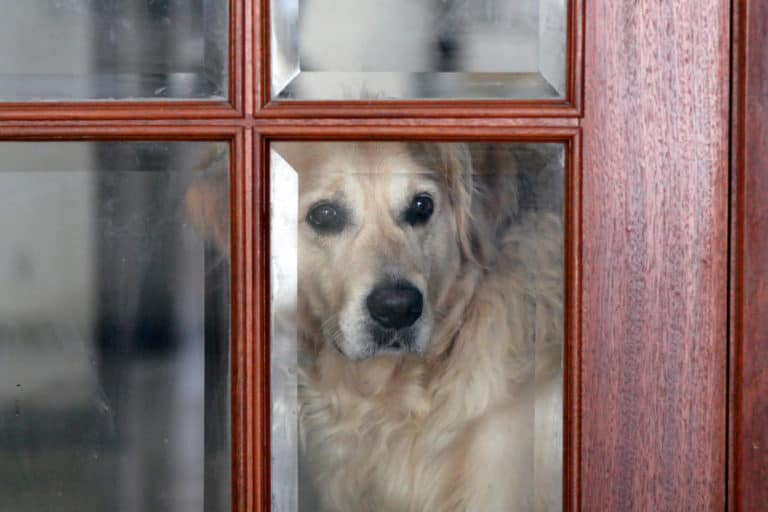 Every dog owner would love to be with his Golden Retriever all the time and take him everywhere. Unfortunately, this is not always possible because we have a doctor’s appointment or have to work and sometimes the dog has to stay at home. But can a Golden Retriever be left alone and for how long?…