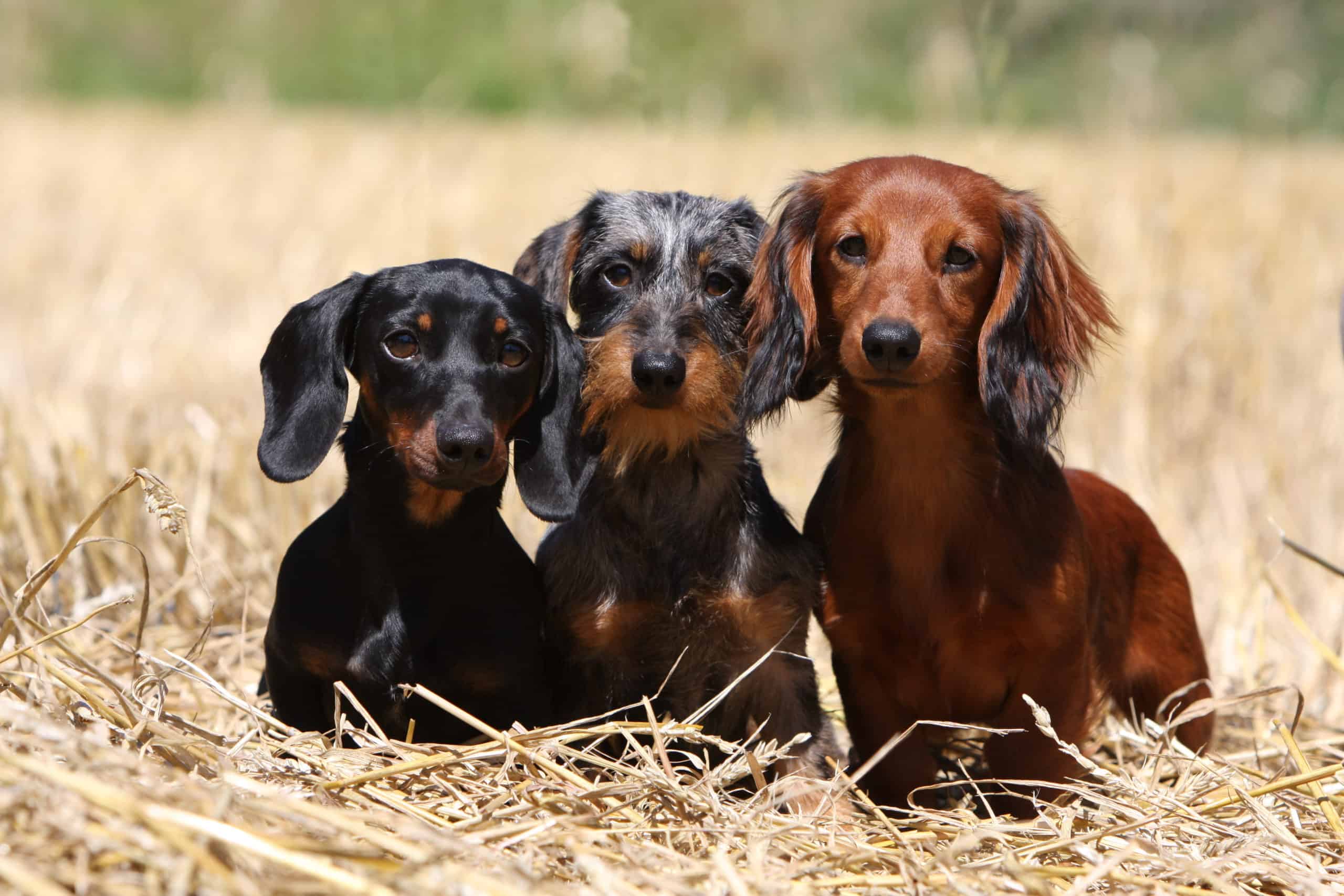 The Dachshund needs about 2 hours of exercise in the form of walks in nature, sniffing and digging. In addition to physical exercise, it is also important to keep the Dachshund mentally stimulated. The Dachshund is a classic working dog that needs to be kept busy. They are not sofa dogs that just want to lie on the couch. Also the education is not easy.

Why does a Dachshund need a lot of exercise?

The Dachshund is a working dog. He was bred and used specifically for work. His job was to go into the badger or fox hole and chase out the “inhabitants”.

So in his work, the dachshund was on his own and had to act independently. One of the consequences of this is that he does not necessarily want to please humans. His will-to-please is little to nonexistent.

Like all breeds of dogs that have been put to work, the Dachshund needs more exercise and occupation to be happy.

Work is simply in their blood. If they have nothing to do they become unhappy.

How much exercise does a Dachshund need?

With about 2 hours a day, you have a good foundation for your Dachshund to exercise accordingly.

However, it is not enough to just take your dachshund for a walk. You should also challenge your dachshund mentally and train with him, otherwise he is quickly underchallenged and makes nonsense.

How far can a dachshund run?

If you like hiking and want to take your dachshund on tour with you, it is important that you adjust to your dog. Even though the Dachshund needs a lot of exercise, it remains a small dog that is not a marathon runner.

If you go for a long walk in winter pay attention if he is cold and if your dachshund needs a coat.

Walks of 9 miles and more are not recommended for the dachshund. At some point you will have to carry him.

Hiking in the mountains is also not the best alternative. A dachshund is also not allowed to climb stairs. Because of the elongated body, too much strain can lead to limping damage.

How often to walk a Dachshund

You should walk your Dachshund at least 2 times a day. Better would be 3 times. It is important that you do not go the same round with him every time.

Then your dachshund will also get bored quickly if he picks up the same smells every time, sees the same dogs and discovers nothing new.

In addition, it is recommended on the weekend to take your dog on a trip to a forest or something.

I always compare this with children. They also don’t feel like doing the same thing every day. During the week it is usually okay because of time constraints.

But when we take a weekend trip to the woods, a lake or an amusement park, they are happy and exhausted afterwards. It’s no different with dogs.

Whoever gets a dog must provide entertainment and variety.

As already described, the dachshund’s top priority is not to please you. Therefore, the education can be more difficult.

If the dachshund does not feel like it, it simply does not participate.

But the dachshund is always ready to play and make nonsense.

I can well remember my aunt’s dachshund with whom I spent a lot of time in my childhood.

He loved to play with the ball. However, he didn’t bring it back, he liked to put the tennis ball down just in front of us and when we came closer to take the ball he grabbed it again and ran away.

Ways to keep his dachshund busy are:

The Dachshund loves extensive walks in nature. It is important that he does not just walk beside you but can move freely.

Take your dachshund to the forest. Let him run free there so he can sniff, pick up tracks, follow them and process the smells.

And most importantly, give him the opportunity to dig. Dachshunds love to dig. Just let him do it and be a dachshund.

That’s what a dachshund loves and needs and then they are content and happy too.

Education should always be a staple in dog training. Education and training challenges your Dachshund and keeps him busy.

However, this is not so easy with the Dachshund, because the Dachshund is not very interested in pleasing you and working with you.

For this reason it is important that you train with your dachshund right from the beginning.
But learning and performing basic commands is a great way to keep your Dachshund mentally stimulated and engaged.

Dachshunds, like all dog breeds, are great for nose work. The easiest way to do this is to toss a few treats into the leaves on your walk and let your Dachshund search for them.

Tracking work is also a great activity for your Dachshund.

All dogs love to tug and pull on a rope or other object.

Many Dachshunds love to retrieve or at least chase a ball.

To what extent you then get it back or have to catch your Dachshund first remains to be seen. But this can also be fun and funny.

Consequences of too little exercise and activity with a Dachshund

If you don’t take your dachshund out for a walk and let him dig and sniff, he will quickly become unhappy.

Dachshunds, in particular, tend to be vocal about it when they are underchallenged and start yapping.

If you let your dachshund out of comfort into the garden, he will most likely dig up your garden and destroy your flower bed.

Conclusion: Does a Dachshund need a lot of exercise?

A Dachshund needs about 2 hours of exercise and activity in the form of long walks in nature. The dachshund loves to browse, sniff and dig. Every day the same round where your dachshund has to walk next to you on the leash is not enough.

In parallel, mental stimulation is important from the very beginning, through education and training. 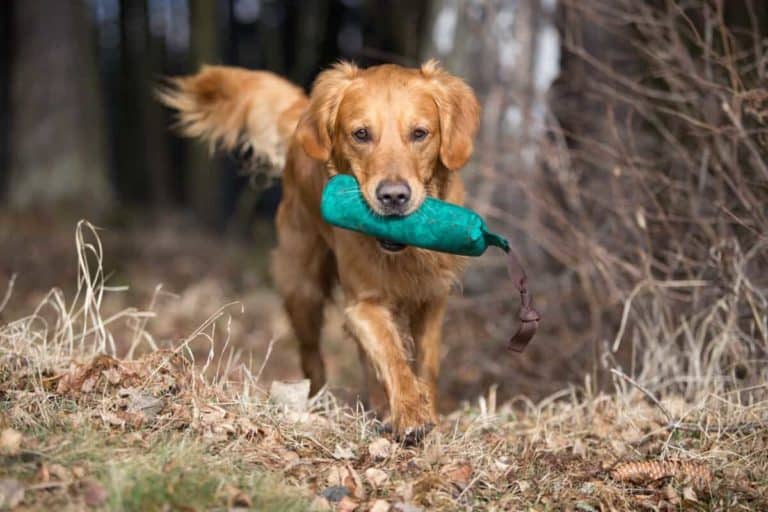 Thanks to its good-naturedness and relaxed nature, the Leonberger is an ideal family dog that can’t be ruffled by anything. However, if you think that the cozy-looking giants hardly need exercise, you are wrong. Before acquiring a Leonberger, you should be clear in advance about how much exercise a Leonberger needs. A Leonberger needs about… 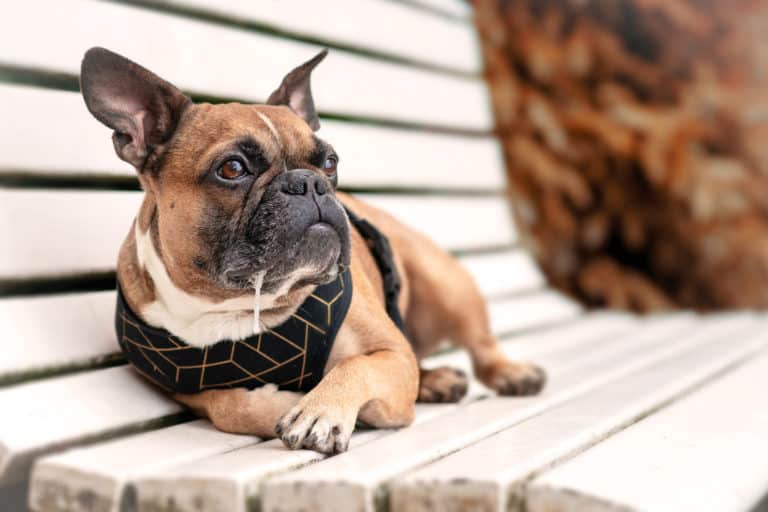 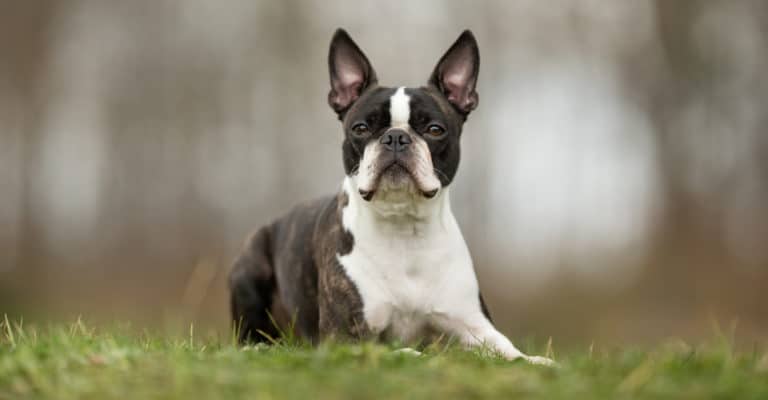