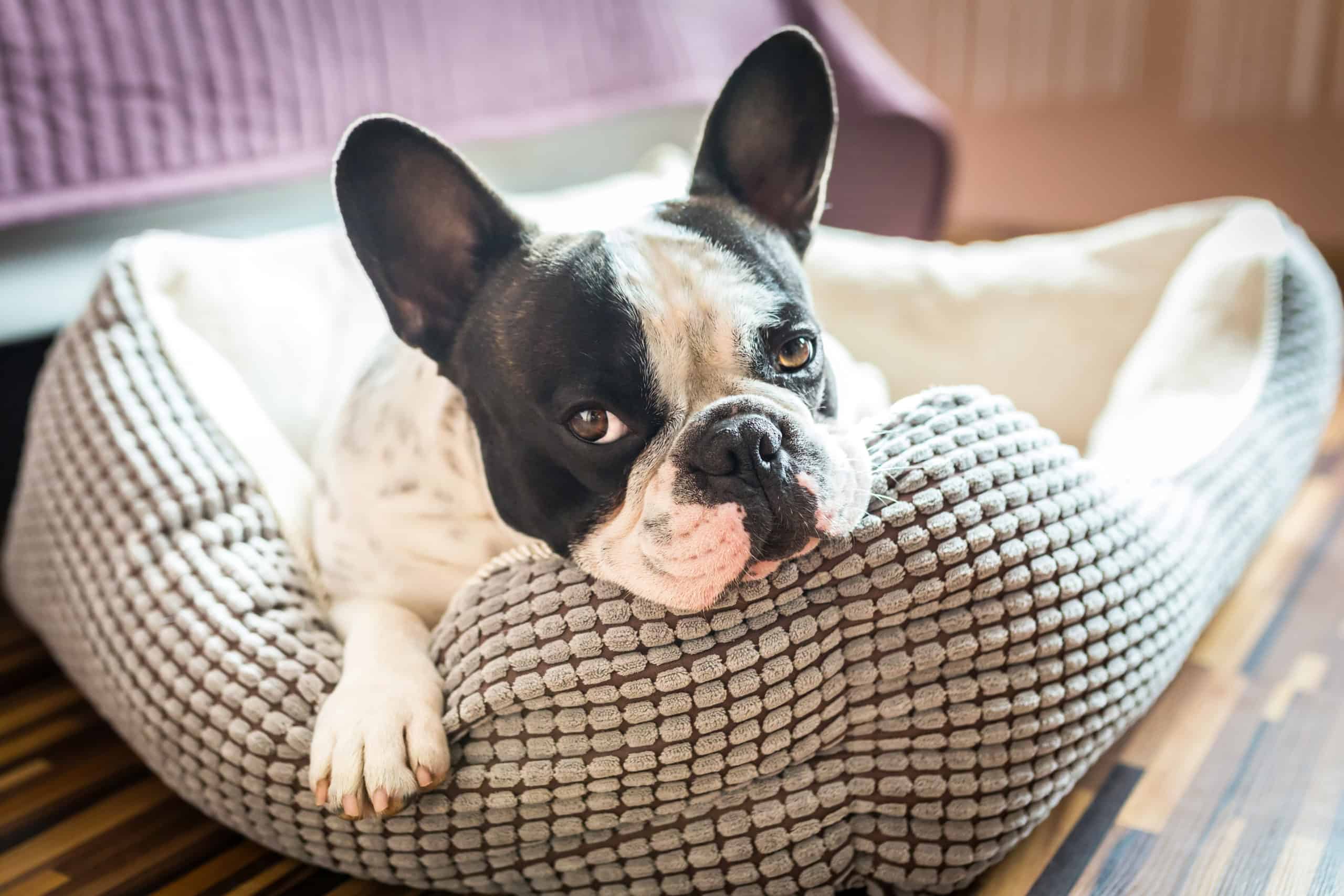 Can a French bulldog be left alone?

The French Bulldog is currently experiencing a real hype. It is one of the most popular dog breeds in the world and can be found everywhere.

Of course, there are not only families who would like to have a french bulldog, but also singles who work full time would be happy to have a French Bulldog waiting for them after work.

Basically it is not a good idea to leave a French Bulldog alone for 8 hours a day. However, this is true for any breed.

A dog is a social creature that prefers to be near its owners. The French Bulldog is no exception.

So if you work full time and still want to have a French Bulldog, you need a solution to not harm the dog. This could look like this:

How long can a French Bulldog stay alone?

There is no blanket answer to the question of how long a French Bulldog can be left alone. Unfortunately.

Normally, a French Bulldog can be left alone for 4 hours if you slowly get her used to it. Sometimes longer.

But even the 4 hours is not a guarantee. If you browse a little on the Internet, you will always find French Bulldog owners who complain that their dog suffers from separation anxiety.

So be prepared that it can be a hard and long road, until your French Bulldog can be left alone.

The French Bulldog is friendly, comfortable and playful and has a strong bond with their humans. Basically, they don’t like to be left alone – but no dog does.

At what point can I leave a French Bulldog alone?

When you bring your French Bulldog home for the first time you should take your time. You should allow at least 2 weeks for your dog to slowly get used to his new home.

If you have a puppy, you have just separated him from his mother and siblings. Now everything is new and unfamiliar and your little Frenchie is at first insecure and possibly afraid. Under no circumstances should you leave him alone.

He must get used to you and the new environment. After 1 to 2 weeks you can then slowly start to get used to being alone. But very slowly. You can’t just leave the house for 1 hour and see what happens.

Getting your French Bulldog used to being alone

As soon as your Frenchie puppy is used to the new home, which should be after 1 to 2 weeks, you can and should start slowly with the training. Of course, this also applies to an adult dog that you may have rescued from the shelter.

If you take your time now and build it up gently, there is a greater chance that your French Bulldog will be able to be left alone for 4 or even 8 hours later on

If you don’t want to do the work and think you can do it with a crowbar and just leave your dog alone, it can become a nightmare.

Tip: Avoid extreme greetings and goodbyes. During training and also later. This will only show your dog that this situation is special.

If your French Bulldog is beeing left alone too long and too often, she may develop separation anxiety. This isn’t always because you haven’t trained her properly. Some dogs just don’t like to be left alone, or they can’t do it at all.

French Bulldog pees in the apartment

A common symptom that tells you that your bulldog doesn’t want to be left alone is that she will pee in the apartment or on the couch even though she is housebroken.

The French Bulldog does not bark much. However, this can turn around if she develops separation anxiety from being left alone for too long.

Those who know the French Bulldog know that on the one hand they are dogs that have power, but on the other hand they are very relaxed and love to just lay around.

Now, it is possible that being left alone stresses the dogs so much that they run around the apartment restlessly all the time, drooling heavily from stress and panting.

If you want to be sure how your French Bulldog behaves, I can recommend you the FURBO Dog Camera*. You can use it to watch your dog, communicate with him to reassure him, and even give him treats. (Amazon Affiliate Link)

An obvious symptom of separation anxiety is destructiveness. If you come home and your bed or couch is destroyed, your shoes are chewed up, it is obvious that your French Bulldog does not like to be left alone.

In addition to preparing your Frenchie properly for being left alone, here are a few tips and tricks on how to make your Frenchie’s time alone more enjoyable.

A French Bulldog, if reasonably habituated, can certainly stay alone for 4 hours, sometimes longer. However, there is no guarantee that this will apply to every dog. There are individual dogs that suffer extremely from separation anxiety and cannot stay alone at all. 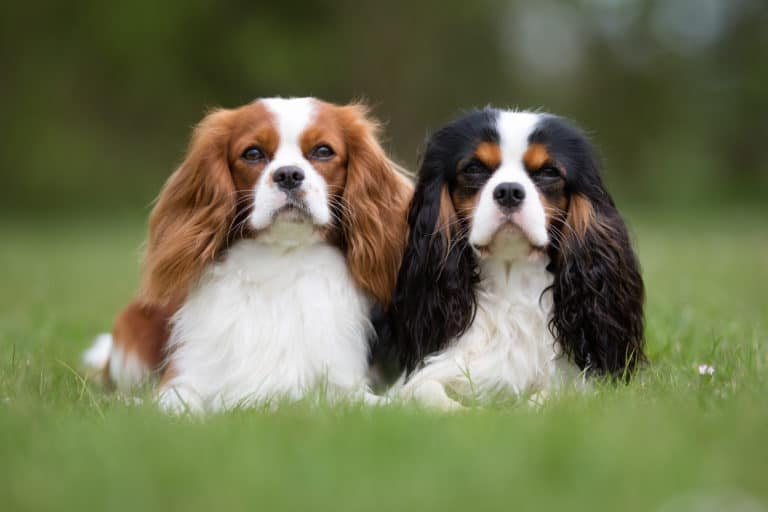 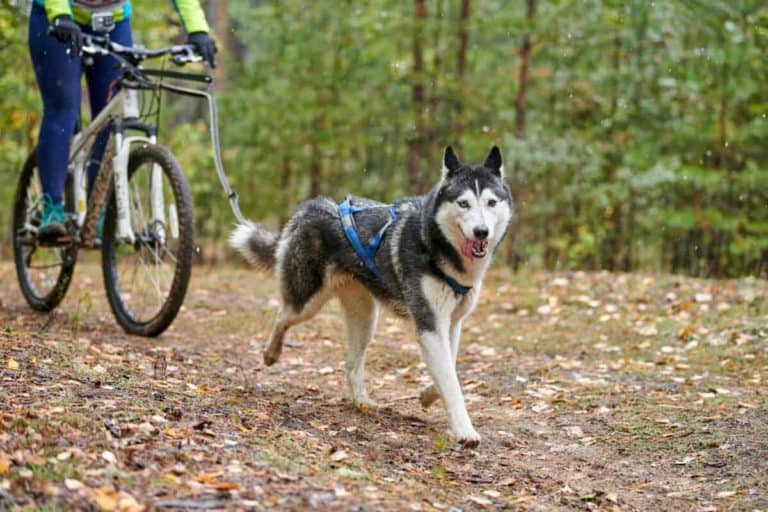 The Siberian Husky looks mysterious to most people. The look of a wolf makes the Husky interesting for many people. But before you decide to get a Siberian Husky, realize what responsibility this dog breed brings with it. The Husky needs a lot of exercise – how much we will clarify in this article. You… 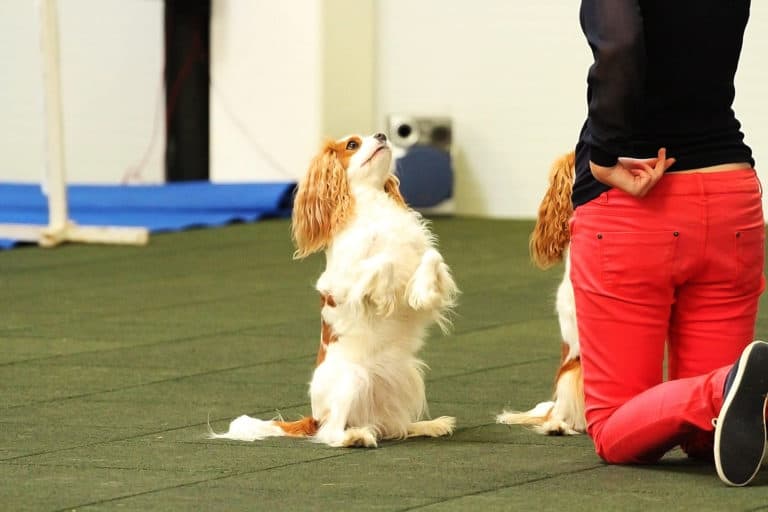 The Cavalier King Charles Spaniel is generally considered a lap dog, bred specifically to be a playmate, bed warmer and companion. Thus, the breed does not have a specific job such as hunting, retrieving or guarding. They love to cuddle and be petted. At the same time, does this mean that a Cavalier King Charles…

We have been dealing with different dog breeds for a long time and at some point we came across the Broholmer, which we liked insanely from the looks. Since we have children, we naturally asked ourselves whether the Broholmer is a family dog? The Broholmer, like most Mastiff-type breeds, loves children and prefers to be… 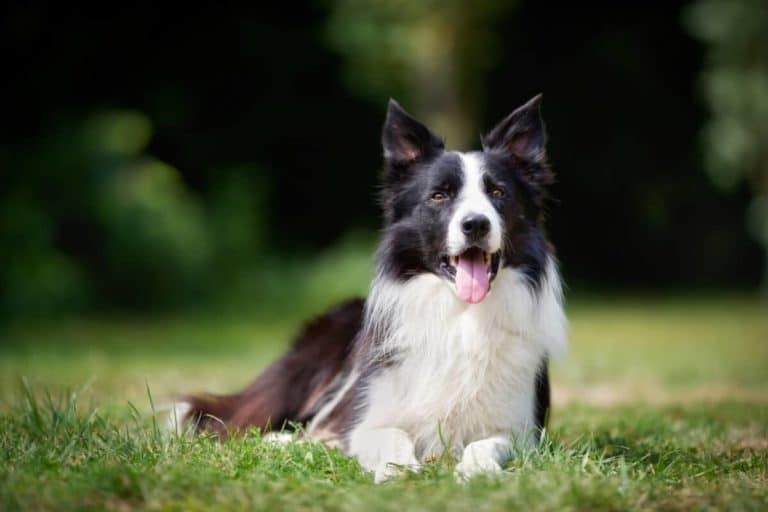 Before you get a dog, you should think about all sorts of things so as not to experience any unpleasant surprises later. One important point is how heavy and how big a Border Collie will be. A Border Collie is full grown with about 1 – 1.5 years. He then has a weight of about…

The pug is rightly a very popular dog breed. They are small, cute and love to spend time with their owners. But the pug also needs exercise. Exactly how much exercise and employment the pug needs you will learn in this article. The Pug is a leisurely dog that needs less than average exercise. With…